How concierge healthcare will affect doctors, patients, and health insurance.

According to a recent survey by Merritt Hawkins, a Dallas medical consulting and recruiting firm, it now takes an average of 29 days to get an appointment with a family care physician.

This is a significant jump from 2014, when the average wait time was 19.5 days. This figure is exemplary of the overcrowding and lack of one-on-one attention that plagues the American medical system, a source of frustration for doctors and patients alike.
One possible solution to these problems, at least for high-earning Americans, is the concierge system. This approach to medicine is also referred to as “direct patient contracting,” “cash-only,” “retainer,” or “boutique.” The characteristics of these practices include administrative service fees, paid monthly or annually, same-day cash payment for medical services, and smaller patient panels.
From the patient’s perspective, the main selling point of the concierge model of medicine is a more personalized level of care. Concierge practices provide amenities like all-hours access to physicians and the ability to make same-day appointments. In exchange for these amenities, patients pay an annual or monthly fee in lieu of, or in some cases in addition to, a traditional insurance policy.
Michael Friedlander of SpecialDocs Consultants, a concierge medical practice, estimates that these fees average between $1,200-$5,000 per year. The amount of the fee tends to correlate with the affluence of the area. Doctors in expensive communities can charge more per patient, and as a result are often able to limit their practices to fewer patients. Because of these smaller patient panels, patients at concierge practices are able to build closer relationships with their physicians and have access to a wider range of preventative procedures.
For those in the medical community looking to transition their practices to the concierge model may mean a different approach to medicine as a business. According to some physicians, the greatest barrier to success within the framework of this model is a lack of formal business training. Dike Drummond, a concierge practitioner and the founder of The Happy MD, describes this model as “inherently entrepreneurial,” and posits that it “will always involve a fairly sophisticated marketing program to be successful.”
However, not all concierge physicians approach the model in the same way as Dr. Drummond. Dr. Jordan Shlain, for one, seems to disagree with the necessity of Drummond’s marketing-heavy approach. Dr. Shlain’s private medical group in San Francisco doesn’t engage in advertising or have any significant web presence. All of their clients are word-of-mouth. They also charge $40,000 to $80,000 annually per family, a rate that stands out even in the relatively affluent context of concierge medicine. In accordance with their high fees, physicians in Shlain’s practice earn an annual salary between $500,000 to $700,000. This is approximately double the expected salary range for a successful internist in the Bay Area. Shlain’s group is an example of how a concierge medical practice can maintain a significantly smaller patient panel and still experience financial success.
When converting to direct patient care practices (DPCPs), medical groups often downsize their patient panels. A 2005 study from the U.S. Government Accountability Office found that retainer physicians serve an average of 491 patients. The year before starting their retainer-based practices, this same pool of physicians saw an average of 2,716 patients. This radical change raises the question of what happens to less-affluent patients when their physicians convert to a concierge model.
A major ethical issue surrounding the adoption of the concierge model is patient abandonment. There are some legal guidelines: local and state patient abandonment laws dictate how physicians should proceed when terminating relationships with patients during the downsizing process that inevitably comes with a concierge transition.
Furthermore, retainer practices could exacerbate preexisting racial and economic disparities in medical coverage. In a study for the Medical Practice and Quality Committee of the American College of Physicians, Robert Doherty found that the patient panels of concierge medical practices are less likely to include African American and Hispanic patients, as well as patients from lower income brackets.
Some DPCPs use their high retainer fees for wealthy clients to subsidize healthcare for lower-income patients. Some have even managed to make their services more accessible to economically vulnerable patients than traditional insurance-accepting practices.
Beyond the ethical consideration that goes into transitioning to the concierge model, physicians must also consider how their participation in this model might affect the larger medical landscape. The Association of American Medical Colleges estimates that by 2020, there will be a shortage of 91,500 doctors. Factor in the radical downsizing that is almost invariably a feature of a switch to the concierge model, and it seems that a large-scale shift to concierge medicine could result in a severe patient bottleneck in the traditional medical community
Sources:

About the Author:
Madeline Woods is a freelance writer and researcher. She achieved a bachelor’s of art from Depaul University in writing, rhetoric, and discourse. Madeline can found on LinkedIn. 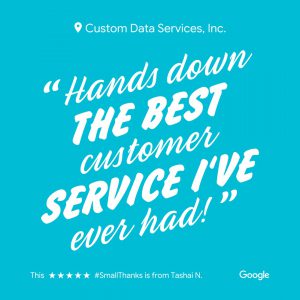